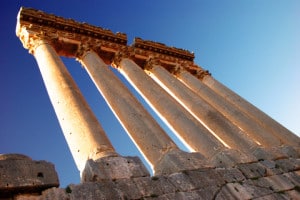 The King of Prussia, Frederick II (“the Great”), confessed that he had seized the province of Silesia from the Empress Maria Theresa in 1740 because, as a newcomer to the throne, he had to make a name for himself. This caused a war with Austria that developed into a worldwide war (in North America, the French and Indian War), and went on to 1763. Of course, many tens of thousands died in that series of wars.

In general, though, states have been much more circumspect about revealing the true reasons for their wars as well as the methods by which they conduct them. Pretexts and evasions have proliferated. In democratic societies, these are endorsed — often invented — by compliant writers and intellectuals.

The unmasking of such excuses for war and war-making is called historical revisionism, or simplyrevisionism.

Revisionism and classical liberalism (what is today called libertarianism) have always been closely linked.

The greatest classical liberal thinker on international affairs was Richard Cobden, whose crusade against the Corn Laws, brought free trade and prosperity to England in 1846. Cobden’s two-volumePolitical Writings (reprinted by Garland Publishing in 1973) all deal with British foreign policy.

Cobden maintained that, “The middle and industrious classes of England can have no interest apart from the preservation of peace. The honours, the fame, the emoluments of war belong not to them; the battle-plain is the harvest-field of the aristocracy, watered by the blood of the people.” He looked forward to a time when the slogan “no foreign politics” would become the watchword of all who claimed to be representatives of a free people. Cobden went so far as to trace the calamitous English wars against revolutionary France — which ended only at Waterloo — to the fear and hostility of the British upper classes to the anti-aristocratic policies of the French.

Castigating the aristocracy for its alleged war lust was standard for liberal writers of earlier generations. But Cobden’s views began to change when he observed the intense popular enthusiasm for the Crimean War, against Russia and on behalf of the Ottoman Turks. His outspoken opposition to that war, seconded by his friend and co-leader of the Manchester School, John Bright, cost both of them their seats in the Commons at the next election.

Bright outlived his colleague by twenty years, witnessing the growing passion for empire in his country. In 1884, the famous liberal Prime Minister, William Gladstone, ordered the British Navy to bombard Alexandria, to recover the debts owed by the Egyptians to British investors. Bright scornfully dismissed it as “a jobbers’ war,” and resigned from the Cabinet. But he never forgot what had started him on the road to anti-imperialism. When Bright passed with his young grandson in front of the statue in London, labeled “Crimea,” the boy asked the meaning of the memorial. Bright replied, simply, “A Crime.”

Herbert Spencer, the most widely read philosopher of his time, was squarely in the classical liberal tradition. His hostility to statism is exemplified by his assertion that, “Be it or be it not true that Man is shapen in iniquity and conceived in sin, it is unquestionably true that Government is begotten of aggression and by aggression.” While noting the state’s inborn tendency toward “militancy” — as opposed to the peaceful intercourse of civil society—Spencer denounced the various apologias for his country’s wars in his lifetime, in China, South Africa, and elsewhere.

In the United States, author and activist Lysander Spooner was a renowned abolitionist, even conspiring with John Brown to promote a servile insurrection in the South. Yet he bitterly opposed the Civil War, arguing that it violated the right of the southern states to secede from a union that no longer represented them. E. L. Godkin, influential editor of The Nation magazine, opposed US imperialism to the end of his life, condemning the war against Spain. Like Godkin, William Graham Sumner was a firm proponent of free trade and the gold standard and a foe of socialism. He held the first professorship in sociology (at Yale) and authored a great many books. But his most enduring work is his essay, “The Conquest of the United States by Spain,” reprinted many times and today even available online. In this ironically titled work, Sumner portrayed the savage US war against the Philippines, which cost some 200,000 Filipino lives, as an American version of the imperialism and lust for colonies that had brought Spain the sorry state of his own time.

Unsurprisingly, the most radical of the liberal revisionists was the arch-radical Gustave de Molinari, originator of what has come to be known as anarcho-capitalism. In his work on the Great Revolution of 1789, Molinari eviscerated the founding myth of the French Republic. France had been proceeding gradually and organically toward liberal reform in the later eighteenth century; the revolution put an end to that process, substituting an unprecedented expansion of state power. The self-proclaimed liberal parties of the nineteenth century were, in fact, machines for the exploitation of society by the now victorious middle classes, who profited from government contracts, state-subsidies for railroads and other industries, state-sponsored banking, tariffs, and the jobs available in the ever-expanding bureaucracy.

In his last work, published a year before his death in 1912, Molinari never relented. The American Civil War had not been simply a humanitarian crusade to free the slaves. The war “ruined the conquered provinces,” but the Northern plutocrats pulling the strings achieved their aim: the imposition of a vicious protectionism that led ultimately “to the regime of trusts and produced the billionaires.”

Libertarian revisionism continued into the twentieth century. The First World War furnished rich pickings, among them Albert Jay Nock’s The Myth of a Guilty Nation and H. L. Mencken’s continuing, and witty, exposés of the lies of America’s wars and war makers. In the next generation, Frank Chodorov, the last of the Old Right greats wrote that “Isolationism is not a political policy, it is a natural attitude of a people.” Left to their own devices, the people “do not feel any call to impose their own customs and values on strangers.” Declining to dodge the scare word, Chodorov urged a “return to that isolationism which for over a hundred years prospered the nation and gained for us the respect and admiration of the world.” Chodorov broke with the “New Right” (aka, the neocons of the that era) over his opposition to the Korean War.

Murray Rothbard was the heir to this whole legacy, totally familiar with it and bringing it up to date. Aside from his many other, truly amazing contributions, Murray and his colleague Leonard Liggio introduced historical revisionism to the burgeoning American libertarian movement. This is a work now carried on with great gusto by Lew Rockwell, the Mises Institute, and its accomplished scholars.

The views expressed on AustrianCenter.com are not necessarily those of the Austrian Economics Center.
hayek_admin2019-01-14T06:13:29+01:00