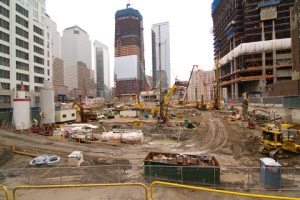 It’s easily forgotten that it all started with a multiple hijacking. To have prevented it was to have prevented a crime that’s been around since the early years of commercial airlines. It’s the problem of how to prevent a wonderful service from being used by evil people toward evil ends. As with any problem of crime, absent the mass conversation of the hearts of all of humanity, the solution is technical. What went wrong that such a solution was not in place on that fateful day?

The theft of the planes on 9/11 was made possible not with grenades or heavy explosives but with box cutters––the most dangerous weapon on board. If the hijackers had been stopped or even deterred by armed pilots, the event might have been an interesting news item but the twin towers would still be standing today, our liberties might be more secure, the U.S. might not be dealing with the ongoing messes in Iraq and Afghanistan, and our economy would be healthier.

After September 11, the U.S. government eventually announced its support for “sky marshals” on commercial aircraft, with the hope that an armed federal agent on board would deter future hijackings. The Federal Air Marshal Service came into being (a program that would be completely unnecessary if the government had not prevented arms on planes by law since 1973). It is now national policy in many countries to have them on randomly selected airplanes. In the same way that handguns went a long way toward securing property in the 19th century, armed agents on board have most likely made a crucial difference.

In fact, had government policy not forbidden airlines themselves from providing for their own security, there might have been armed security agents on board for decades. Every hijacking would have looked like that scene in Indiana Jones: a dangerous and wicked person could threaten people all he wanted but the problem could be stopped with the simple pull of a trigger.

As it was, in the decades before 9/11, the crew members of commercial jets were completely unarmed and thus vulnerable to the most malicious person on board. These planes are loaded with people who are complete strangers to the owners and managers of the airline. It should have been obvious that if the wrong person should gain control of the plane, the airplane could be used as a weapon of war. If guns to deter malice are not necessary on commercial airlines, they are not necessary anywhere.

Technological advances have made available frangible bullets that injure and even kill but do not harm the plane itself. Even a tasers, which were also forbidden, would have done these terrorists in before they had the chance to take total control of the aircraft and turn it into an instrument of mass death. Security is clearly a good that passengers want to purchase, and surely air carriers want to protect their property and customers.

But for decades before the disaster, the government could not see the clear sense of this. Jane Garvey, then the FAA administrator, told the New York Times on September 25, 2001, that guns on planes is an idea that “two weeks ago I would not even have considered.”

Brad Rohdenburg, an American Airlines captain from Meredith, New Hampshire, wrote in a letter to the Wall Street Journal on September 21, 2001:

“How utterly absurd that thousands can be murdered with box cutters. The airport security procedures mandated since Sept. 11 wouldn’t have prevented it, and won’t deter it from happening again. They don’t do much but inconvenience passengers and increase costs. . . . I’m told by my airline’s flight office that the FAA feels pilots shouldn’t have weapons because ‘they might be taken away and used.’ Well, what if our airplanes are taken away and used? . . . We need a last line of defense to keep hijackers out of the cockpit. Federal agents from even the Bureau of Engraving and Printing, Department of Agriculture, Department of Education, and the Smithsonian Institution are allowed to carry guns on commercial airlines. Why not the pilots who are responsible for the aircraft? Many of us already have better firearms training than that provided to those agencies—and we’re willing to get more at our own expense.”

Imagine if there were a federal bureau in charge of securing convenience stores, and part of its “security plan” involved disarming all cashiers, and doing so against the pleas of the potential victims behind the registers and their customers. After an inevitable disaster, would it be any great comfort that the same bureau later promised that the government itself would now start using deadly force, in selected stores?

At issue here is the right to protect private property from invasion. After all, hijacking is just the name we give to a crime that involves seizing control of private property (the airplane) when it is flying in the air and likely to be carrying hundreds of paying customers. The key to having prevented this crime of theft—which in this case led to mass murder—is better protection of property against invasion. In short, this case makes the point that peace is best preserved through strict application of the rules concerning private property.

Protecting planes from being seized from their owners is akin to the desire of the gas stations, jewelry stores, and industrial plants not to be robbed. In a free market, they do this through providing their own protection or hiring protection services. These services include alarms, fences, and, as a last resort, deadly force, which usually means a sidearm. The mere prospect of deadly force works as a deterrent to crime and a means to limit the damage of crimes.

The failure to distinguish between armed hijackers and armed pilots appears to be the central problem that afflicted all “experts” before September 11. They were against guns on planes, regardless of who carries them. In all the pre-9/11 books and studies I read, the conventional view was that the impulse to hijack stemmed from a psychological malady, the working out of an inner fear. If attendants on board were properly trained, they could gradually talk the hijacker out of these fears, cause him to feel guilt, get him to empathize with the lives of the people on board, and thereby cause him to allow the plane to be landed.

This was the conventional wisdom, and this was reflected in federal laws. In other words, the situation is not unlike the case of gun control in general: hoping to eliminate violence, the gun banners have only sent a signal to the most violent people that they are free to take charge. Without arms on board, every plane might as well be stamped with a “hijack me” sign.

Think of the places where the federal regulations have variously imposed a universal ban on guns: post offices, public schools, and airlines. It is because of this ban that we know what “going postal” means, that we know what happened at Columbine and many other schools, and that we will never forget the horror of September 11. The answer here is no different from the best prescription for ensuring peace: Let property owners protect themselves and those they serve.

But rather than embrace that obvious solution, the people who created the environment in which the problem resulted in evil created wars, surveillance, massie customer inconvenience, and shredded basic rights. The policy response to 9/11 was calamity, not only for human liberty, but also for the cause of human rationality. It mistook the problem for the solution.

The views expressed on AustrianCenter.com are not necessarily those of the Austrian Economics Center.
hayek_admin2019-01-14T06:14:00+01:00