Wonder Woman And the Wonders of Prosperity 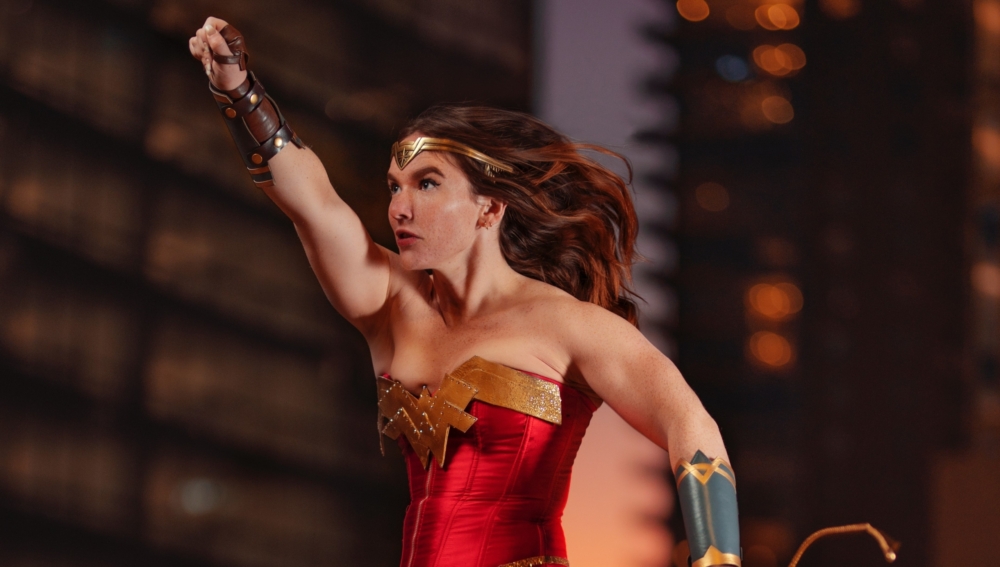 Simon Sarevski argues that we have it in ourselves to solve our problems, and that we made huge progress in the last few decades.

The 21st century saw the superhero movie trope being all the rage, capturing vast amounts of the box office earnings. Even abysmal movies like Green Lantern (2011) and Fantastic Four (2015) managed to out-earn their budgets. Although Wonder Woman 1984 (2020) didn’t manage to even be properly released in movie theaters, it was still a success considering how much it boosted the subscriber count for HBO Max. Albeit somewhat of a success for a rather forgettable movie at the same time, it begs the question of why I am dedicating a whole article to it.

One of the beauties of art is the fact that each and every one of us sees it through different lenses, and thus perceives it differently. Wonder Woman 1984, thus, still left an imprint on my mind, though for a rather surprising, uncinematic reason.

As the title suggests, the movie’s plot takes place in 1984 where Diana – Wonder Woman – while working at the Smithsonian notices the Dreamstone. The Dreamstone, its Latin description says, would grant a single wish to its holder. If only that was the case, Diana would find happiness once more. Not believing it for a second, yet longing for her deceased loved one, Diana’s unspoken wish comes true. Steve comes back to life, resurrected in another man’s body.

Now imagine living in 1984. In an age when tensions are high, mutually assured destruction still looms, Cold War proxy-wars are not yet a thing of the past. On the other hand, technology has advanced so much and material well-being has eclipsed the wildest imagination of the “doom and gloom” folks in the West (and the world in general). And now imagine being Steve, a Great War pilot dying for his country in the last year of the war being brought back to life more than half a century later.

The clothing of the “new age” will be different (and of course, unacceptable), the escalator will make your head spin and the subway will have the similar effect of a spaceship to a kid born in the 21st century (though one might add, the subway had already existed in the early 20th century, though the movie seems to forget that). Culturally, you will be shocked, especially by the punk hairstyle of the 1980s. You would feel like a lightning has struck every bone of your body, realizing how far humanity has come.

As magical 1984 might have been to a person dying in 1918, think for a second how magical 2021 (COVID-19 excluded, of course) might be for a person dying in 1984. Back then, when the planet only numbered 4.7 billion human beings, the supposed “population bomb” was feared. We were told overpopulation will be accompanied by mass starvation and social upheaval. We are more than 7.7 billion today and better fed than ever before. Between 1984 and 2017 the global poverty rate has dropped from 67 to 43 percent, extreme poverty numbers follow the same trend, while global calorie intake only grows. The global literacy rate has increased and the life expectancy at birth has shot up as well, more and more girls are getting into the classroom closing the gender gap in education, all the while infant mortality has gone the opposite way.

However, a superhero movie needs to have a villain, or, as is the case here, two, one being Barbara Minerva – or Cheetah – a shy, insecure geologist, hardly noticed by the world around her. When presented with the Dreamstone she too makes a wish – to be exactly like Diana. Once Cheetah has been introduced, the time has come to meet Max Lord, a failing businessman, who wished to be invincible. Of course, he is the greedy capitalist, the oil guy who invest in the non-renewable energy industry. When Max finally gets his hands on the Dreamstone, he wishes and becomes the Dreamstone itself. Now it is he who can grant wishes to the people of the world. Combine the power of having your wishes fulfilled with an egomaniacal world-emperor-to-be, political instability, chaos, and destruction necessarily follows.

Soon, the world is on the brink of falling apart and the only way to save it is if everyone renounced their wishes granted by Max. Nothing in life comes free, and one has to pay a price for a wish to come true. For Diana, it was her powers, for Barbara it was her humanity, for the world it was the imperfect miracle of modern civilization. And because nihilist and crazy people don’t exist in this world, everybody renounces their wish and the world can be whole again.

Unlike Diana and the people that had their wishes granted, we don’t have such wishes we need to renounce to make our world a better place. We can make it better, though. Trying to convince everybody to renounce their wish, Diana says something that touches deeply, no matter whether you are a fan of the superhero genre, a teenager, or an old man: In an imperfect world such as the one we live in, “you cannot have it all. You can only have the truth. And the truth is enough. The truth is beautiful…” You must be the hero. Only you can save the day … if you want to save the world.”

Steve was amazed by the future. Like him, we should be amazed by today as much as he was of 1984. If for nothing else, because it has never been better. As bad as COVID-19 is, it is a great example of how far we have come, with vaccines being readily available in an extremely short time.

As bad as the movie is and as living today is better than ever before, we still have major modern problems on our hands. That is why it is important to be reminded from time to time, be it through a bad movie such as WW84, that we have it in ourselves to solve our problems, especially helped by all the wealth and opportunities around us.